Organellogenesis, a key aspect of eukaryotic cell evolution, critically depends on the successful establishment of organellar protein import mechanisms. Phylogenetic analysis revealed that the evolution of the two endosymbiotic organelles, the mitochondrion and the chloroplast, is thought to have occurred at time periods far from each other. Despite this, chloroplasts and mitochondria have highly similar protein import mechanisms. This raises intriguing questions such as what underlies such similarity in the import mechanisms and how these similar mechanisms have evolved. In this review, we summarise the recent findings regarding sorting and specific targeting of these organellar proteins. Based on these findings, we propose possible evolutionary scenarios regarding how the signal sequences of chloroplasts and mitochondrial proteins ended up having such relationship. 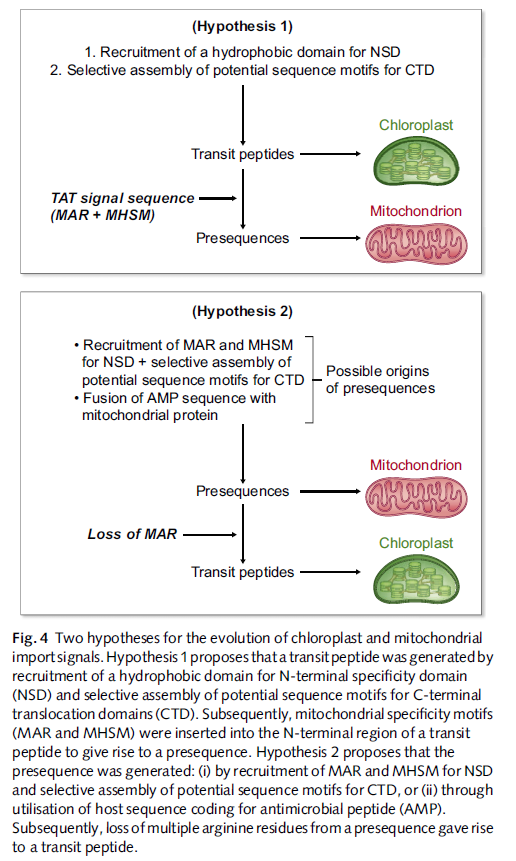